Mazda hints the MX-30 could get a rotary range-extender

Joined Oct 23, 2019
·
93 Posts
Mazda wrote a letter to itself on celebrating 100 years of business and in it the letter says "The joy of driving, lightweight design and the rotary engine [are] three elements that define Mazda’s DNA."

This, combined with Mazda's announcement two years ago that they were prepping a rotary range-extender engine for a model to debut in 2020, it makes sense that it would be in the MX-30.

The automaker has hinted at that very thing for its centenary celebration. In a paragraph touching on alt-fuel RX-7 variants, the Mazda press department wrote, "Later, the company developed a prototype Mazda2 EV with a small single-rotor engine used as a range extender. A similar system could find its way onto the Mazda MX-30, a brand new battery electric crossover SUV arriving at dealerships this year." The word "could" didn't make the leap from the printed page into the video translation of the presser, a Mazda video on "The Dream Engine" ending with footage of the MX-30 rolling under the caption, "Mazda MX-30 with rotary range extender." 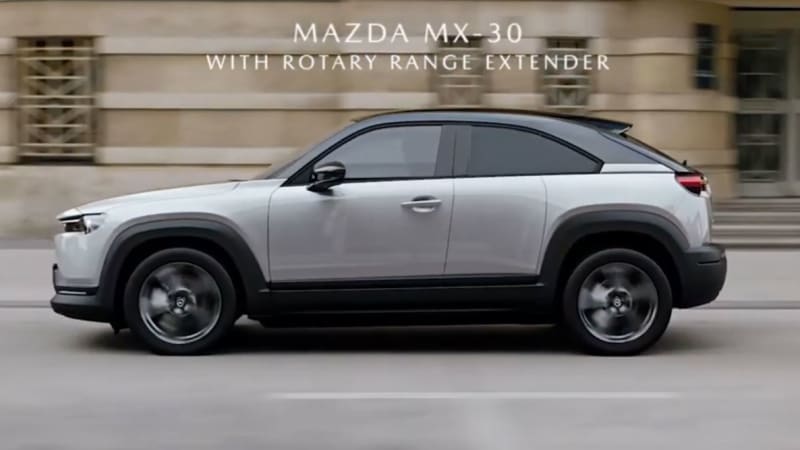 Mazda recently penned a paean to itself celebrating 100 years in business. This, naturally, meant the document also served as a love letter to the rotary en

This is an older thread, you may not receive a response, and could be reviving an old thread. Please consider creating a new thread.