Joined 7 mo ago
·
5 Posts
As the title suggests, I am using chargeplace scotlands DC 50KW charging points. I have used a few different ones in case one was faulty. Today I got out the car, after the usual faffing (chargeplace scotland-grrrr) hooked up the 50KW Dc charger. Went for a coffee etc. the charge had gone up by 11% after an hour and a bit. I was expecting it to have leapt up 60% plus.

Can mazda not charge at that speed despite the website saying it can or is it the usual mazda controlling/over cautious approach and I need to change a setting?

Maybe under some ideal conditions and for a very limited time it is possible to hit 50kW, but in my experience, no matter how fast the charging point is, how cool is the battery or how warm is the weather, I never managed to get past 36.5 kW with 55/60% battery left.

To be fair, as you can see from the graph that Kopas posted, the drop above 60% is not that steep, but once recharged 90% is basically pointless to charge more, unless you are busy doing something else and you don't need the car.
V

Joined Feb 24, 2021
·
242 Posts
The fastest I've ever seen is 38 kW.
Two main things to remember here.
Try to charge at a lower State of Charge. Ideally around or below 10%. The battery is basically wide open to charging at that level of charge.
The second thing is obviously the temperature of the battery. Driving for maybe an hour and possible so called yo yo driving. It does not have the preheating of the battery function more expensive and more long haul oriented EVs have precharging. Another tactic is to wait until summer to rapid charge.🤣. Dont do what I did once. Trying to charge at stone cold temperatures at a high SOC. That is just a waste of time and a pretty frustration experience.

VivaMazda said:
Try to charge at a lower State of Charge. Ideally around or below 10%. The battery is basically wide open to charging at that level of charge.
Click to expand...

Mmmm, I am not sure about this. If you look at the charging curve of the MX-30, the curve is almost flat between 0% and 60%, therefore there should be no significant difference in speed of charging in that range.
V

Joined Feb 24, 2021
·
242 Posts
Well you might be right. In practice this has been a successful approach in winter. Dont know enough about coldgating but if you manage to get a decent charging speed temp in the battery should go up? Which allows faster charging. Which makes the battery warmer etc etc ?? In theory low State of Charge is easier, right?
V

Joined Feb 24, 2021
·
242 Posts
This is from Propulsion Quebecs home page:
CHARGING TIPS
Follow these three tips to increase the efficiency of a winter charging session at a fast-charge station:

MX-30 SE-L Lux
Joined 8 mo ago
·
93 Posts
Did you definitely use the CCS charging cable? Reason I ask is that zapmap shows the type 2 connectors for chargeplace scotland as 43KW, however the MX30 won't charge above 6.6KW on a type 2 connection. I get a similar recharge rate from my local 7KW charge station but using the CCS at motorway services took me from 25% to about 85% in 35 minutes

Joined 7 mo ago
·
13 Posts
I have not yet seen my charge speed go pass 35KW, but at that I found that the lower the battery is the faster the car chargers.

Now I do think this is a charger issue not been able to keep up with advertised KW speed, this is happening on all EV’s not just the Mazda where at the start it’s really quickly to charge and then it slows down coming to half way through the charge.

Tesla was also seeing this issue with their own chargers and they said the cause was the charger nozzle was over heating causing the charger to slow down, the work around for Tesla was to add liquid cooled nozzles to the Tesla plugs keeping the charge higher KW longer. 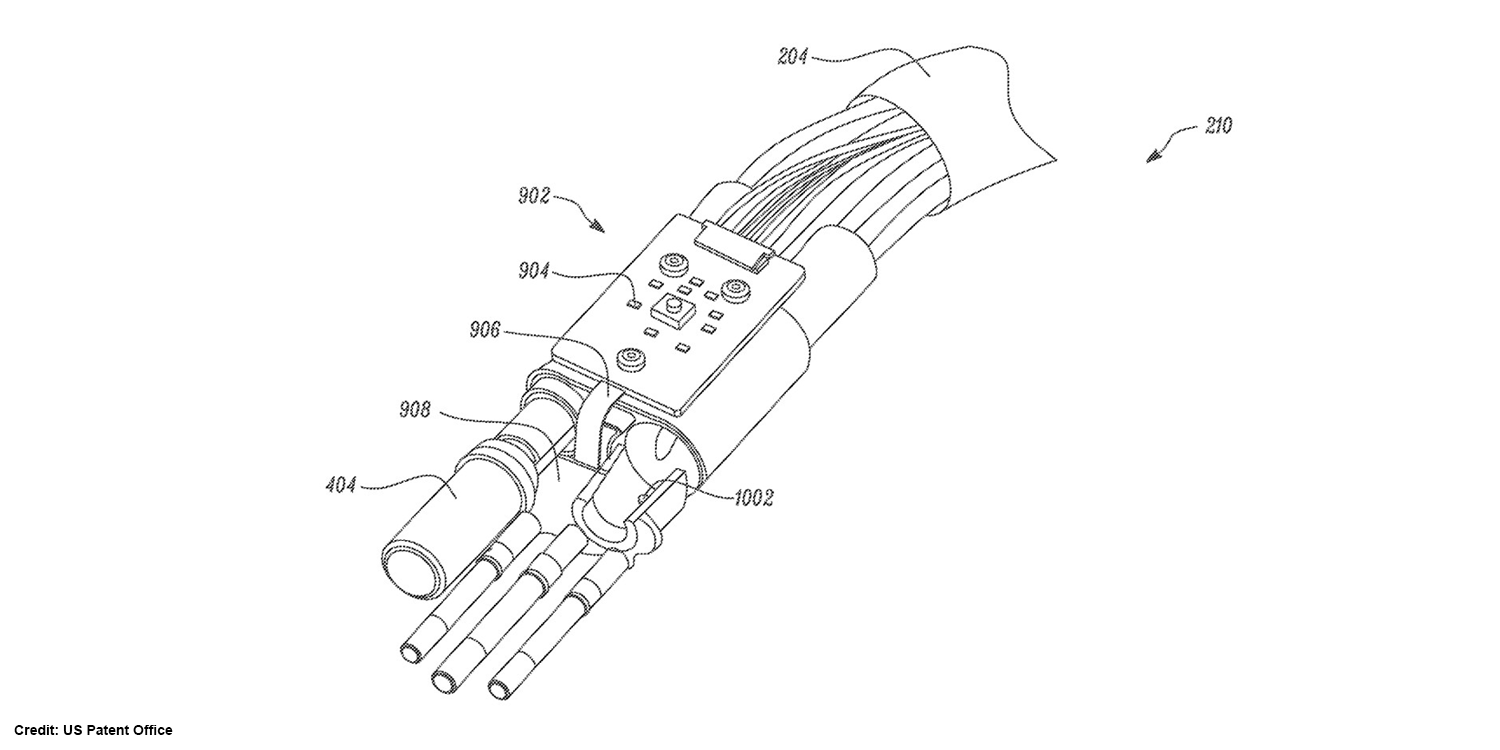 A new patent from Tesla shows a liquid-cooled charging connector. This could be used in the future in conjunction with the planned Megachargers for Tesla's electric trucks. When the Tesla Semi electric truck was presented in November 2017, Elon Musk announced that the vehicle would be able to rec

So I think a lot of the slow charging issues come from cheaper 3rd party public chargers not suited for their advertised charging KW.
H

Daftpunkerzz said:
I have not yet seen my charge speed pass 35KW, but at that I found that the lower the battery is the faster the car chargers.

know I do think this is a charger issue not keeping up with speed, this is happening on all EV’s not just the Mazda where at the start it’s really quickly goes up and then slows down coming to half way through the charge.

Tesla was seeing this Issue with their own chargers also where the charger nozzle was over heating causing the charger to slow down, the work around for Tesla was to add liquid cooled nozzles to the Tesla plugs keeping the charge higher longer.

A new patent from Tesla shows a liquid-cooled charging connector. This could be used in the future in conjunction with the planned Megachargers for Tesla's electric trucks. When the Tesla Semi electric truck was presented in November 2017, Elon Musk announced that the vehicle would be able to rec

So I think a lot of the slow charging issues come from cheaper 3rd party public chargers not suited for their advertised charging KW.
Click to expand...

Think you might be right. Tried a 22KW charger and after the usual five minutes of faffing around with the authorisation card, then again, then again (you get the picture 😤) It actually charged quicker than the 50KW had. Same percentage that the 50KW had taken an hour and a half to do, completed in 33 minutes. Mind you at least both chargers were free.

MX-30 First edition
Joined Jan 13, 2021
·
32 Posts
Last winter at temp below zero, car parked outside, charging was in a range 17kw, and dropping down along SoC increase.
This car software captures tech parameters at the beginning of connection and does not adjust later.

Joined Apr 12, 2021
·
168 Posts
A question to help my understanding please Kiwal. I have only charged once with the weather reasonably cold; it was about 4C. The battery would have been close to that temperature as I had only driven a few miles at low speed to get there. The cooling pump was running as it always does but the fan on the radiator also. So, the car seemed to be limiting the charge rate due to low temperature but had the cooling system operating at full. With the temperature below zero, was the radiator fan running?

Joined 11 mo ago
·
43 Posts
I think that the colder temperatures are definately affecting the charge rate. A couple of days ago, I drove 80 miles on the motorway and then rapid charged. Took 34 mins to go from 40% to 79%.
In the middle of the summer on the same charging station, its took 38 mins to go from 2% to 76%.
I'd been hoping that the motorway driving would have warmed the battery up enough but apparently not...

Joined Apr 12, 2021
·
168 Posts
Sorry Kiwal, I am not referring to the heating/cooling of inside the car with the refrigeration/heat pump. I was asking about the battery cooling. On the front of the motor block is a small water pump. It circulates coolant around the battery and it always runs during charging whether AC or DC (it is quiet but put your hand on it and you will feel that it is running. Keep clear of the radiator fan though!). When AC charging, the radiator fan normally does not run, even on warm days, though I have heard it run occasionally on very hot days. If you are anywhere near the car, you won't miss it because it is loud! So, in my case, the car was restricting DC charge, presumably because the battery was cold, and yet the radiator fan was running to keep the battery as cold as possible. So, I was asking the question, was the radiator fan running when you were DC charging slowly at sub-zero temperatures? It howls so you can't miss it inside or outside the car.

MX-30 GT Sport Tech in Machine Grey Metallic (on order)
Joined 6 mo ago
·
102 Posts
Does the car use a PCT or heat pump to precondition the battery, does any one know?

The MX-30 EV is powered by a 80.9-kw electric motor that will deliver an output of 143 horsepower and 271 lb-ft of torque, according to Mazda. Its battery pack stores 35.5 kwh and is mounted flat on the floor, in a modular arrangement, with a thin liquid cooling system that should help keep range steady across weather conditions. European versions of the MX-30 EV come with a heat pump.

In connection with the above SSP, we will also release a Mazda Service Program (MSP) under the name AM036A which will improve the fast charge (DC - charge) in cold conditions and improve the car's ability to maintain the interior heat at extremely cold temperatures . On some MX-30 vehicles, it may take a long time to complete the fast charge in cold conditions. We solve this by reprogramming the software in PCM and B ECM. After the software update, you can change the mode of how the high-voltage battery's heater works, there will be a normal mode and a mode for colder temperatures. The situation for colder temperatures will improve the fast charging time, but the car's range will be affected as the high-voltage battery's heating system will have to work harder. More information on how to change mode can be found on the next page

Supplementary information: "EV system warning light" flashes as the conditions below when the changeover has been carried out correctly. When switching to "Cold mode" correctly: Flashes the lamp 4 times When switching to "Normal mode" correctly: Flashes the lamp twice 4. Release the brake pedal and accelerator pedal. Switch OFF the ignition mode. 5. Check for any error codes / DTCs and delete if necessary. Reference information: This switching procedure is applicable in both cases when switching from "Cold Mode" to "Normal Mode" and when switching from "Normal Mode" to "Cold Mode".